“Ferocity draws on horror’s history. I was particularly reminded of the style and worlds of Cornell Woolrich. Both Woolrich and Laws share engaging writing styles; incorporating the worlds of crime and horror. Stephen Laws’ prose generates suspense with exquisite simplicity” Horror Reader

“This is a wonderfully involving and truly frightening tale that brought to mind the ancient Grendel story that so thrilled me as a child. Mr Laws is a masterful writer of great intensity and immediacy, drawing the reader into the narrative from the opening scene to the last. Beautifully conceived and beautifully wrought, this is scare fare of the highest order—perfect for a cold winter’s night” Creature Corner

“Stephen Laws breaks the traditional horror mould with his new novel Ferocity. Flawlessly blending the rich atmosphere of a finely crafted horror story with the action packed ride of a well thought out thriller, Ferocity is a novel that grabs a hold of your every last nerve until well after the final page is read. A novel that takes off like a shot and does not let up until the final pages. Laws’ writing is tight and rich with atmosphere making this a pleasurable reading experience as your nerves go into overdrive. His prose switches effortlessly from the quiet horror sequences to the all out action giving the reader a smooth ride through the nerve-wracking story. With the fusion of horror and suspense, this novel is sure to satisfy any lover of a great thriller as well as the most discerning horror fan. I highly recommend getting your hands on Ferocity by Stephen Laws to experience a fresh outlook on the classic horror novel” Joe Kroeger 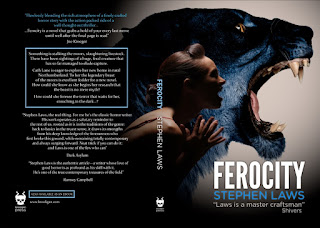 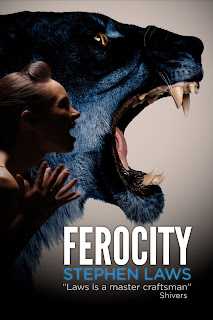 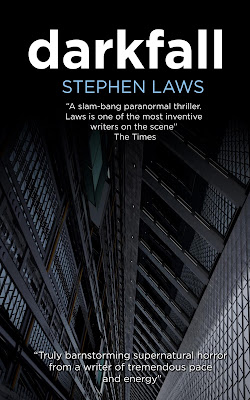 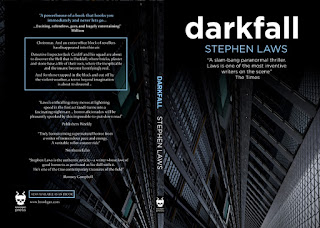 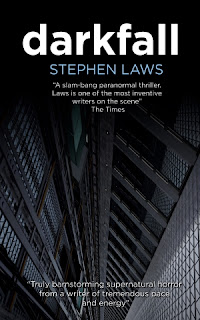